"Unique" Asset on a page

I'd like to suggest a feature that would help to alleviate articles appearing multiple times on the same page.

Feature: Add a query rule for "asset must be unique". This would make sure that an asset is shown only once on a given page.

Reason: Due to over-zealous tagging on content, sometimes articles will appear more than once on a page, regardless of rules that are set up. This would ensure that each headline is shown only once on a page.

1) What problem does this solve?

Hi Joe! Nice to see you!

There are some things that we're working on that are similar to what you're discussing (having to do with management of blocks and breaking items items). So can we get a few other examples here?

- Breaking news expires after 2 hours and you want it to go back to the main News section.

What else? What do you mean by "over zealous tagging" specifically?

We are discussing ways to help users better manage the blocks on home pages. We are thinking about the possibility of exposing some kind of block editor ordering options to the asset editor page - behind a special permission - so you could order assets into specific blocks without having to open the block editor.

This means that if you wanted to have something be breaking news, you could easily pin it to the block on a schedule for 2 hours, and then it would expire naturally after that.

In theory, it may still show up twice on the page if you had it going to two different blocks.

But, it would prevent you from having to log in and remove the breaking news flag.

Most examples are going to be tied to Flags. Another scenario might be a top story block on a page with a set of new stories below. Perhaps your rule is set up so that the top story block shows articles flagged as top story in the past day. Your story list below excludes top story so it doesn't duplicate, but it also shows the past weeks' articles. So ideally after 24 hours you'd want your top story to appear in the story list below. Currently you'd have to go in and edit the asset, remove the flag, then it would work as you wanted.

Good examples is one of my sports departments that tags every article with "sports", "sports/{sport}" and maybe another section tag as well for some niche version. This is obviously a management issue, but with constant turnover, one that's an ongoing challenge.

I definitely like the idea of being able to set specific (not all) flags to expire after a configurable amount of time. Breaking is the perfect example for this.

You mentioned assets showing up twice on a page if they're going to two different blocks. Could there actually be a feature to prevent that? I'm currently trying to redesign the above-the-scroll part of our home page. I want to have a "top stories" block with some local news and local sports but then have a secondary block for local news and a secondary block for local sports that would list stories NOT displayed in the "top stories" block. So basically no duplicated assets on the home page.

I'm not as concerned with the interior pages because they're typically much more streamlined.

@Nick, yes, you can do that by having the first block use the top story flag, and the second block require articles without the top story flag. My use case is more for "breaking news" style items that "decay" over time to no longer be breaking news. If I use flags, then its a manual operation to remove the flag.

That only works if multiple assets are selected as top story assets. Here's an example of what I'm talking about. 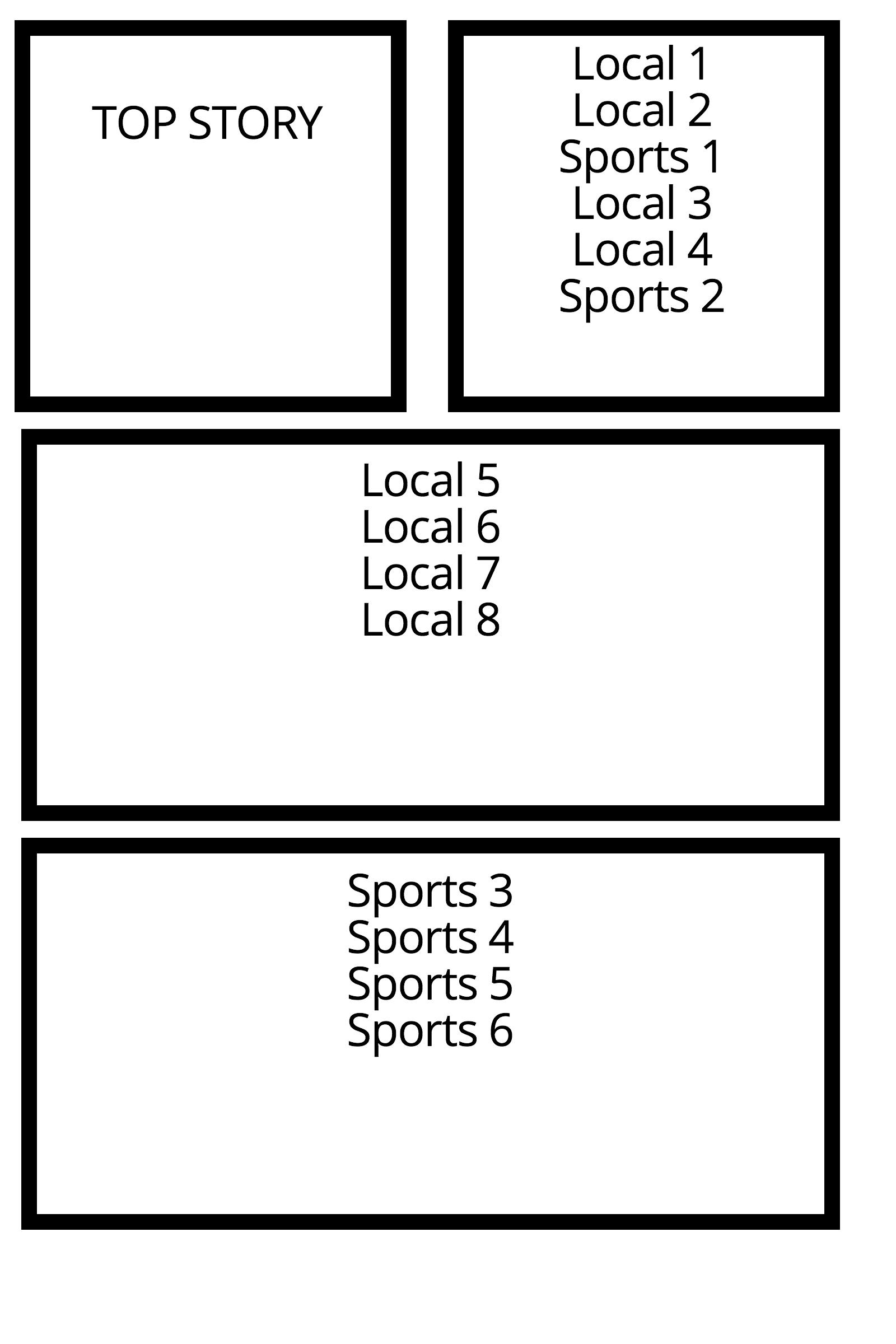 So each block would know the other assets already appear on the page.

Some of the responses here sound a heck of a lot like the "decaying flags" feature request I put in years ago, Christine.