The process Christine described works great for TCMS, but less for Cloud clients. We don't have/use a site tag anymore, and publish stories before they're moved into the next workflow stage. (Reporter creates article. Reporter makes calls, verifies a cat really is stuck in a tree. Reporter publishes story, "Cat stuck in tree," and traffic surges. Editor (and likely a digital editor) hops into story (for different reasons). Reporter updates the story. Videographer adds a rescue video. Reporter updates the story. Editor goes into story one last time and moves it to the next workflow stage, which is where print production starts taking over versus web production.)

Change to the "wire" flag

Any update on this? It factors into a couple of other things we're working on, including Metrics for News and Trusting News.

Looking for author and byline field for collections

Town News says that disappearing act is a TCMS bug. But it hasn't been fixed yet.

Looking for author and byline field for collections

You can search the back end by geolocation tag. Use tag_geo:() and add the location you want in the parenthesis. (For us: tag_geo:(norfolk) would return stories tagged for Norfolk. Locations with a double name, like Virginia Beach, have an underscore between the words by default: virginia_beach)

But I don't know if that works for calendars because we don't use that feature ...

Welcome to the group of folks eagerly anticipating this feature! This one's a year old. Kevin turned in a version before that.

That makes me sad. It's not surprising, but it's sad. #sigh

No. This is not available in the user dashboard. It's available in TCMS and CMS, but not for user-submitted content. 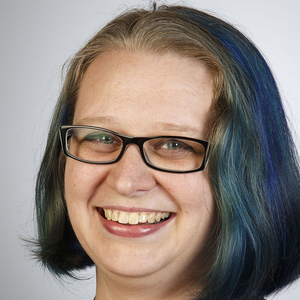